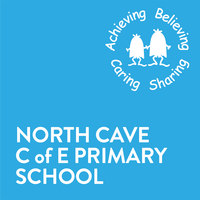 Listed below are our favourite History websites:

Information on London, past and present

Site packed with information on the history of Trains.
Lots of historic info under the heading of "Railway Stories". Try the games on "Steam our Scotsman"

Lots of photos of the contents of the hangars. Also details of early aeroplanes including a game with a zeppelin.

This well designed site includes activities, maps, a quiz and general information on the Romans.

Roman Empire - timeline
Channel 4s excellent website, which contains detailed accounts of life in Roman Times.
Aimed at older children, there is a wealth of information for children to read.

BBC The Romans in Britain

Who were the Romans?

A superb site for children studying Ancient Egypt. Find out about 10 themes of Egyptian life including pyramids, pharaohs and mummification.

You Wouldn't Want To Be An Egyptian Mummy!

This site has pictures and information on the steps involved in making an Egyptian mummy.
Excellent graphics, but the story is not for faint-hearted children.

The Vikings at Elloughton

An easy to use site with facts and stories about life in Viking times.

The Vikings - BBC
There is a lot of information here and fun activities for children to explore.

Viking Name Generator
Find out your Viking name!
More a distraction than a vitally important website, but this site is well worth a quick visit.

This site introduces prominent figures, including Hitler, Churchill and Chamberlain.
Major events are covered with simple text and many photographic images.